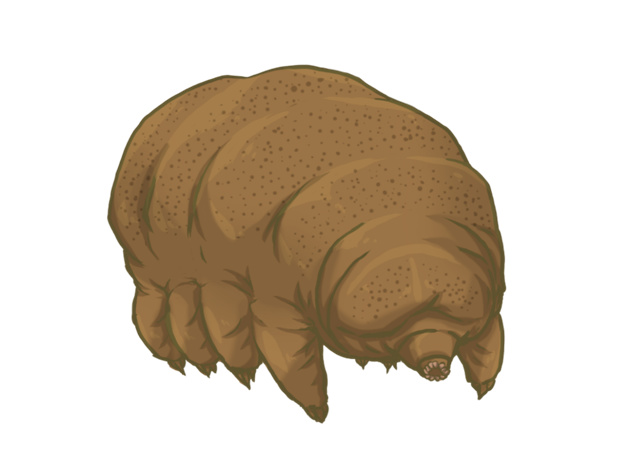 Image from Wikimedia commons under CC BY 4.0 license.

Tardigrades (also called water bears) are microscopic creatures that can withstand extreme environmental stress and can even survive radiations in outer space. Now a group of scientists at the Indian Institute of Science (Bengaluru) reported in Biology Letters that some tardigrade species use fluorescence to thwart lethal doses of UV that would otherwise kill many viruses or bacteria.

Scientists then extracted the fluorescing material from Paramacrobiotus to coat the Hypsibius and several other worms (Caenorhabditis elegans). They found that the fluorescence coat shields the Hypsibius species and worms from lethal doses of UV that survived twice than their uncoated peers.

Like the way banks use a UV lamp to detect fluorescent number strip as a security feature of currency, these new species of tardigrades could have evolved to bank on fluorescence as their natural security.